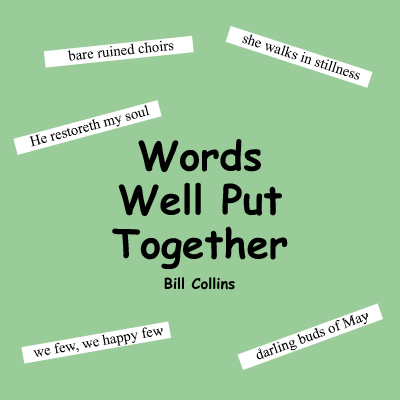 My father was drafted into the Army Air Force in 1943. He always told me when I was growing up, “Be an officer. “ He was an enlisted man and I guess it wasn’t the thrill of a lifetime for him. He thought I made a big mistake when I dropped out of ROTC my first week at Rutgers.

He told my sister he loved the people of North Africa. He dreamed about going back there someday, maybe after his kids were through college and he retired from teaching.

He was in Italy at the same time as my Uncle Joe. Joe was my mother’s brother. Joe always said Dad was the most Christian man he ever met. He also said that whenever my father got a 3 day pass, the first thing he said to Joe was, “ Got any beer? “

I once asked my father how many Germans he killed. He said a flight of German planes flew over his base once, and he fired his carbine at them, but he wasn’t sure if he got any. I was pretty disappointed. Back in the Fifties, us boys always liked to brag about how many Germans or Japs our fathers killed.

The Army shrink who did my 3 minute psychological exam in the summer of ‘68 classified me as “inadequate personality.” That got me a one year deferment as a 1-Y. When I came back a year later, apparently I was adequate – they made me 1-A. While I was desperately searching for any way – ANY way – I could get out of it, Nixon cancelled the draft and instituted the lottery.

I can’t know what kind of soldier I’d have been. I’m certain I would have been scared out of my mind. Probably most soldiers are. But I think I would have done my bit if I’d had to.They say you don’t die for your country, you die for the other guys in your platoon who’ve gone through the same hell you have.

At our 20th high school reunion, I went over to Bob, a guy I played football with, one of the nicest guys in the world. A piece of shrapnel had cut his carotid artery and they couldn’t get him back to a MASH unit in time. He suffered the same kind of brain damage as a stroke victim. He’s paralyzed on one side of his body. I apologized to him that he had to go to Viet Nam and I didn’t. I said it wasn’t fair. He said it was OK, he didn’t blame me.

Sometimes I still blame myself.

Dedicated to the memory of Lt. Edward Funcheon, USMC and Pvt. Russell Babcock, US Army, fellow members of the football team at Haverstraw-Stony Point High School.

They both died a few months after we graduated. Jesus God, I hope they got laid before they died, by girls who really liked them.